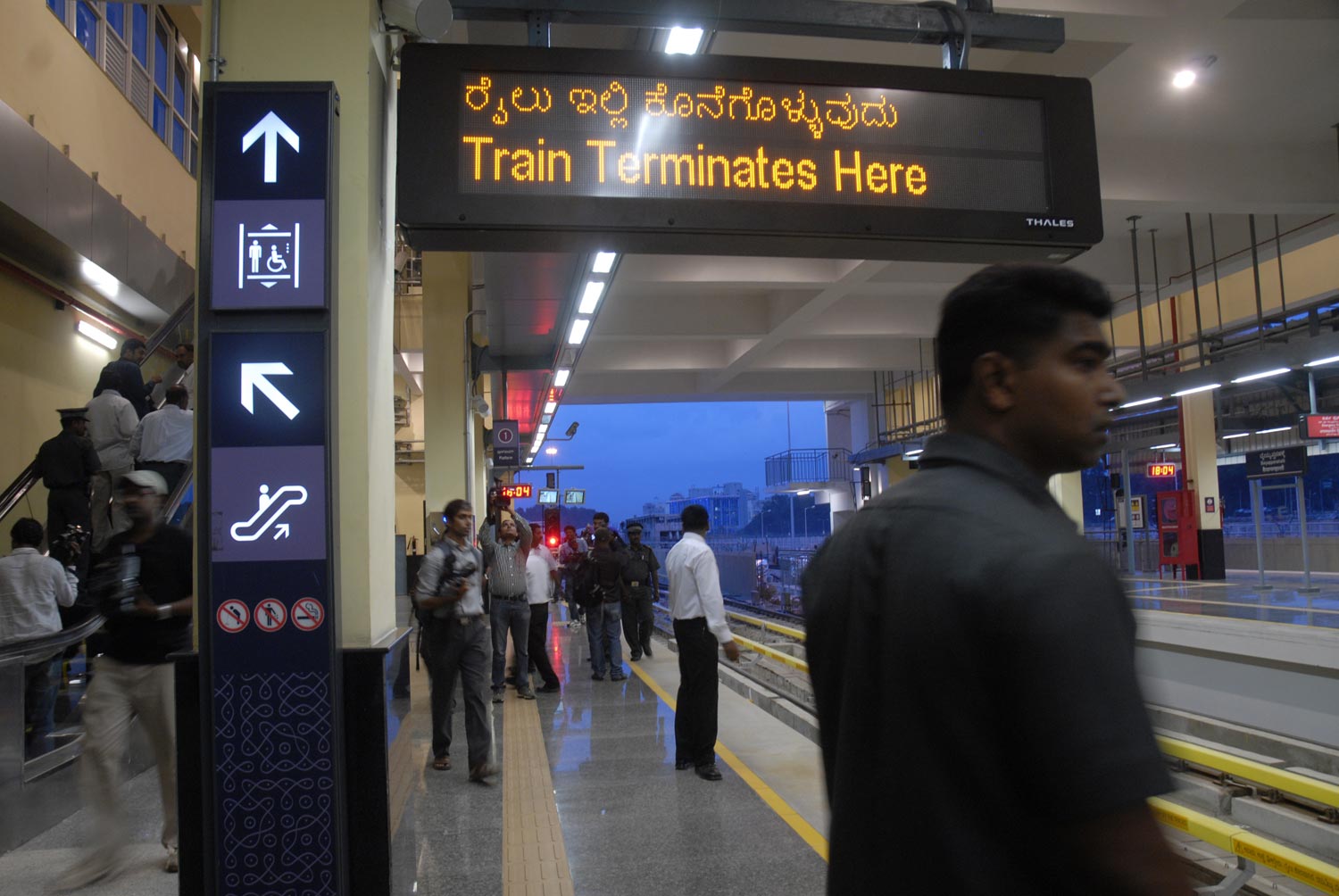 The Delhi Metro is the longest metro network in India, with 8 lines and a total length of 288 kilometers; the second one is Bangalore Metro, named also Namma Metro, containing the first underground metro line in South India.

Both metro networks are a fundamental transport means that help diminishing traffic congestion and they transport millions of passengers every day.
For these projects, there have been delivered more than 600 LED displays (single and double sided) for stationary applications. These Aesys displays, which operate properly also in humid environments, they have improved the
information dedicated to the passengers, offering them up-to-minute information about trains timetable, delays or incoming trains.
In order to show useful information for every passenger, the messages can be displayed in different languages as Indi or English.